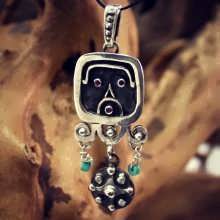 Last week, we reached the climax of Jupiter's sojourn in Pisces with a magnificent celestial event! Quadruple conjunction of Venus, Jupiter, Neptune, and the Moon in Pisces. This was a very powerful energetic moment when four planets that share so many significations with each other (and the Sign Pisces) align in this way, connecting the higher and lower spheres; from one of the outermost spheres of Neptune through Jupiter to closer Venus, and finally through the Moon, the innermost “translator of lights” for the sublunar manifestations of matter. At the election times, this conjunction was also aligned with the earth through either rising on the eastern horizon (Ascendant) or culminating at the Midheaven (M.C).

The biggest highlight of the event is the very favourable Jupiter Venus conjunction. These two meet every year, but only once in 12 years do they meet in Pisces! The reason why that makes a huge difference is that this Sign is ruled by Jupiter and it's also the Exaltation of Venus! Pisces is the only Sign where that happens, getting both ‘benefics’ in such essential dignity when conjoined in it.
Both Jupiter and Venus are abundant with gifts in Pisces, and their mixed powers and one of the sweetest most beneficial celestial combinations possible. Combining the Venusian blissful virtues in Pisces of love, beauty, devotion, softness, attraction, etc. with the abundant and prolific significations of Jupiter, his wisdom and excellence, his guidance and protection, and his connection with growth and prosperity. Adding Neptune to the mix testifies to higher receptivity, imagination, intuition, psychic ability, and spiritual connection. All this is received and channelled by the receptive Pisces Moon.