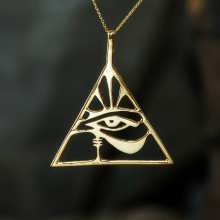 A perfect symbol of knowledge and ancient magic.