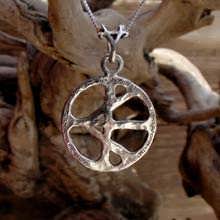 Symbol of unity and all humanity as one race

The "One Race" Project

I live in Israel, and see the fear, the hate and the territorial disputes in the Middle East that resemble the chaotic state of mankind in many different parts of the globe. I'm often surprised to see the broad usage of the word "race" by people that consider themselves as cultural and progressive.
Today, despite the fact that there are external alterations derived from long times of territorial separation, the fact that we are all one, takes more respectful place in the civilized world and is well accepted as a true scientific fact.

I've been looking for a really long time for a symbol that will utter the unity of mankind, and finally found it. The symbol of One Race is combined out of two components:

The first is a solar cross, which is considered to be the most ancient symbol in the history of mankind. The solar cross is the symbol of land, as it was painted by the earlier ones, who divided the land to four directions – east, west, south and north.

The second is the first Finnic letter. This letter looks like the head of a bull – an ancient symbol of mankind. In ancient agriculture history, as it is still today in some places, the bull helped to plow the fields. The Finnic alphabet is the earliest method of writing that has transformed with time to be the foundations of different types of writing. In addition, this letter stands for communication, and so its symbol has the ability to produce communication among people. That's why I've found this symbol as the most appropriate one to symbolize unity.

I got the final inspiration that helped me to create this symbol during an interesting experience I had a few of weeks ago. I am learning how to make guitars. During my studies, we came to a big wood warehouse. Wondering in the warehouse, we were talking about one of the recent violent actions that took place in the world. As the conversation went on, I mentioned the absurd fact that we direct our efforts towards making musical instruments that bring joy and beauty, while around the globe there are so many people who do the opposite.

Walking in the warehouse, we got to an inner hall that contained big plates of wood with spectacular carving on it. Those woods were supposed to be delivered to synagogues. It had a repetitive pattern of the Seven Species-seven fruits and grains mentioned in the bible as typical to early Israeli agriculture, and an averse from the book of Isaiah: " and they shall beat their swords into plough-shares and their spears into pruning-hooks, nation shall not lift up sword against nation neither shall they learn war anymore". The sentence is engraved on the outer circle of the pendant.

The most peculiar thing happened two weeks later while I was at the guitar workshop I stumbled upon a book about "The unsung heroes of the ragtime blues guitar which is my favorite style of playing and the name of the book was "and they shall beat their swords into guitars...."

Rich Aaron Norris:
Dedicated to a beloved person, a friend and a client named Rich Aaron Norris that helped me organize a new project called "the Symbol of Humanity" or "one race project". Rich is one of the most positive people I know. He is a gifted writer, a man with infinite willpower, endless love, and rare quality of encouraging and supporting others.

All of this is not obvious at all, considering the fact Rich is suffering from a rare sickness called PSC. Due to his hard situation, I have recently decided to send him the ring of courage and the pendant of courage.

This is a poem that Rich wrote eleven years ago.
"Without"
By Rich A. Norris

Without hate, there would be no crime,
Racism would crumble to dust,
Pessimism would turn to optimism,
War would become obsolete,
Pride would give humility it's due time
Self-degradation would be without a doubt totally irrational,
Fear would have no light,
Possibilities would become realities and
Love would grow indefinitely

You are more than welcome to join his member's page and to send him some support:
https://www.facebook.com/profile.php?id=1557678378