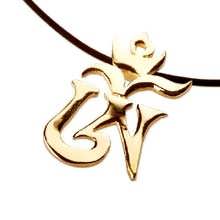 Sound is frequency, and the whole universe is made up of frequencies. In Judaism, the Creator speaks. In Christianity, there is the word and in Buddhism, there is the Om. The enunciation of Om generates a sound, and this sound symbolizes movement and rest, which are once again the attributes of a frequency. It is interesting to note the relationship between the Om and the word mother in different languages