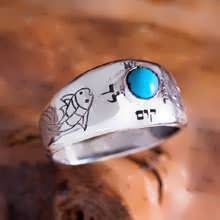 A Symbol of Acceptance

Find acceptance and a more fulfilled life through destiny