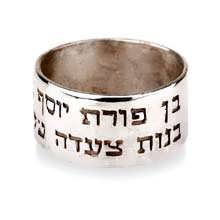 An ancient blessing of fertility and abundance

Fill your life with fertility and abundance