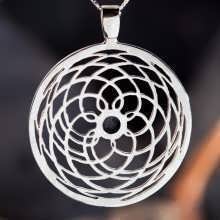 A representation of the movement of Mars – The star of power