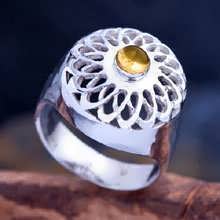 The Torus tube is a shape created out of the basic structure of creation called The Seed of Life. It is a 3-D shape that looks like a ball with its surface going in and out of its center. It is one of the basic shapes of the universe and is considered as the ultimate sign of unity. The Torus tube has no inner or outer side and so it symbolizes for the wearer the unity between what you are experiencing as the outer world and as your inner world.


David’s personal story with the Torus tube (the Gordian knot):

My personal story with this symbol happened in 2001. One of the buyers of my jewelry in Israel was going through a crisis when her son suddenly died. I went to visit and console her and on my way south I stopped at a shop to buy some music for the road. The CD I purchased was “Who’s next” by The Who.

In the bag I was carrying was a model of the triangular Torus knot, presented on my website as the Gordian knot. This was a new design and the first time I created something without knowing what it meant. Usually, I design a model according to an idea I have or a symbol with a clear meaning. That time, the model was created without my understanding of its meaning. On the way, I was thinking of a name for the design and suddenly I thought of the story about Alexander the great and the Gordian knot. The story is of Gordias who created a knot – the one who can un-tie the knot will concur all of Asia. Alexander the great did his best to un-tie the knot and finally, he took out his sword and cut it in a swift.

On my way south I opened the cover of the CD and inside was a booklet issued for the 30th anniversary of this record. I opened the booklet and the first thing that captured my eye was the words “The Gordian knot”. “This is interesting”, I thought. I played the CD and it opened with the electronic loop I know from the song “Baba O’riley”. I knew this record by heart but this time something interesting happened. Images started running through my mind and I found myself experiencing a situation that occurred 30 years earlier. I saw the composer of this song, the guitar player Pete Townshend, sitting in front of an electronics device filled with buttons and plugs. In some way, I knew he was working on the opening tune for the song I was just listening to. The device he was using was some sort of a primitive synthesizer; he was inserting numbers and receiving sounds.
Eventually, he inserted the date of birth and demise of a character knows as “Maher Baba” and the device made a happy tune. Although I didn’t know who this character was more and more data appeared. First I thought of Persia and then of India, only to discover later that he was born to a Persian family in India. This character that came out of those happy tunes just made me laugh. I started laughing happily for no apparent reason.

The next morning I went to the store of the buyer I was going to see. In one of the displays in the shop was a booklet and inside was a story called “From the stories of Maher Baba”. The story I read was about Buddha and his student Ananda who seeks to learn of the great illusion Buddha is talking about. Buddha shows his student how his whole life and everything he experiences, including time itself, are a total illusion. Maher Baba signed this story, calling himself “the cosmic joke”. What took me by surprise was that sometime before I gave a lecture on Sacred Geometry and the perception of unity, stating to my listeners that the universe is a “Cosmic joke”.

Maher Baba himself claimed to be an Avatar, divine unity awareness in a human body. He explained that every living creature is a part of the same divine unity and each one aspires to become one with it again.

Meher Baba upheld the concept of nonduality, the view that diverse creation, or duality, is an illusion and that the goal of life is a conscious realization of the absolute Oneness of God inherent in all animate and inanimate beings and things. Meher Baba compares God's original state to an infinite, shoreless ocean which has only unconscious divinity — unaware of itself because there is nothing but itself. From this state, God had the "whim" to know Himself[87], and asked, "Who am I?"[88] In response to this question, creation came into existence. In this analogy, what was previously a still, shoreless Ocean now stirred[89], forming innumerable "drops" of itself or souls.