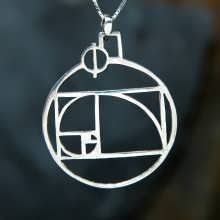 A Powerful Tool for Finding Harmony and Beauty

Discover the beauty and harmony in nature