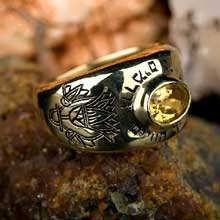 A Spiritual Symbol of Creation and Rebirth

In ancient Egypt, the Lotus flower was used in many religious rituals probably of the mild psychoactive properties of this plant (the Blue lotus of the Nile-Nymphaea caerulea, also known as the Blue Egyptian water lily or sacred blue lily, is a water-lily in native to Egypt).