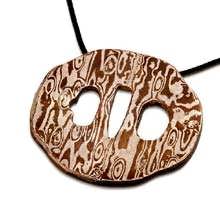 A symbol of unity and courage

Bring unity and great courage to your life