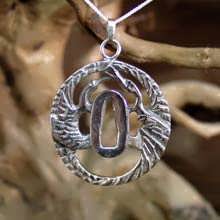 A great symbol of fidelity and longevity

Live long life and learn the power of fidelity