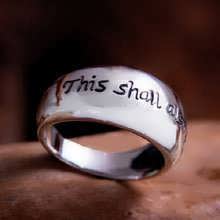 The Ring of Change Silver