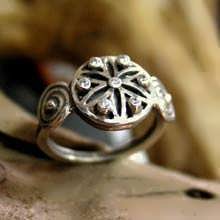 Embrace the ancient symbol of creation, life fertility and creativity