Special Edition with Planet Mercury. Assembled on May 24th, 2020

About this Special Edition
The Talisman was created when Mercury, travelling in his own heavenly domicile (Gemini), was just days after his Heliacal Rising or his “Phasis” - his re-appearance into visibility after being under the solar rays, this is a very powerful and vigorous phase in its cycle. We caught him in an auspicious time window, culminating at the Midheaven, while being in an exact (Partile) conjunction with the emerging crecent Moon, newly born two days before at the beginning of Gemini. Mercury is also the ruler of the Rising sign (Virgo) and is also “receiving” (ruling/disposing) the Sun into his own Sign.

Disposing both the Rising Sign and the Luminaries, and culminating at the Midheaven, makes him the ultimate ruler of the chart, highlighting very powerfully all of his natural qualities.

This is truly a powerful Talisman for increasing mental perception and communication skills, language articulation, writing, speaking, learning, memory, business dealings, fast-thinking, and acting on one's thoughts. In its deeper manifestations, Mercury is considered to be the ‘revealer of mysteries’, and can help in gaining a very high understanding of the occult and abstract truths, with the ability to define and communicate them.

Symbol of Oneness and Prima Materia - the secret of existence

A symbol of unity. On the sides engraved in ancient greek – know thyself.
At the center of the ring appears the symbol of Monad – a circle with a point in the center. Around the ring engraved in archaic Greek the only commandment for the one who is truly awake – "Know thyself". 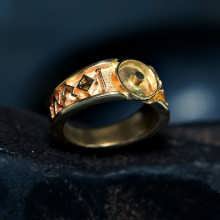 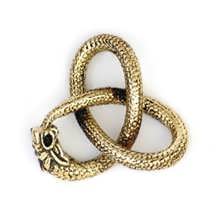 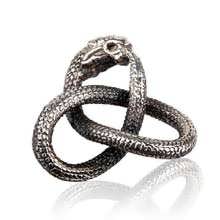 Symbol of Unity. Made according to the Sun and Moon Location
The Talisman is a combination of the metals ruled by the lights: Gold - Sun, Silver - Moon. It includes their ancient astrological glyphs and made ('born') under specific astrological times to draw out, intensify, reinforce and bring to life those symbols.