About this Special Edition
The new Mercury Talisman election time features the planet Mercury rising (on the Ascendant), on his planetary day, while in its own sign of Gemini. Mercury is in an exact sextile (harmonious aspect) with the Moon which is placed in the 3rd house (In Leo). The Moon is also in Mercury’s Terms (bounds).

In its deeper manifestations, Mercury is considered to be the “revealer of mysteries”, and can help in gaining a very high understanding of the occult and abstract truths, with the ability to define and communicate them.


Symbol of Oneness and Prima Materia - the secret of existence

Also assembled on May 19th, 2021 between 06:46 - 07:26 and 13:49 - 14:29 (GMT+3)
A Powerful Talisman strengthening the mind's perception, memory and speech. Helps in learning, understanding and communicating. Invoking mental clarity, coherent thinking and technical skills. It tuned to draw the more practical aspect of Mercury and empowers not only learning skills but also the concrete application of any craft, whether artistic or otherwise. 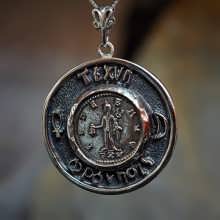 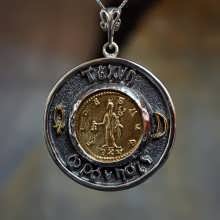 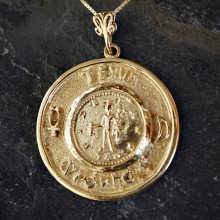 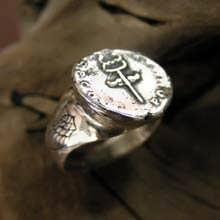 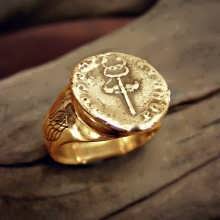 Symbol of inner higher knowledge and intellectual illumination
The basic symbol that appears on the talisman is the ancient symbol of Alchemy which represents the transmutation of the four classical elements. At the center appears the symbol of mercury and on each corner, I've placed Mercury's magical characters from the picatrix and Mercury's "intelligence".