Meditate on the symbols I give thee. Keys are they, though hidden from men

The source of this Merkaba meditation

The meditation itself is an excellent tool for any kind of manifestation both spiritual and physical. When you start this meditation you have to keep in mind that the true nature of creation is unconditional love (I have separated myself from myself so that I will be able to love myself). Do not try to use this meditation in order to gain something for yourself alone. Remember all is one and everything is in its own perfection inside the whole.

Start with a meditation (I use the Merkaba meditation) and let your thoughts dissolve and disappear. Then place yourself in an empty endless void. Now place your wish or goal in this void and turn it into a bright shining white Spark in the endless void, creating an axis from this spark-up and down. The next step is to create another axis at the same length as the first one, this time create it from the middle of the first axis, where the first spark is and pull it backward and forward. The next step is to create another axis from the middle to the left and to the right, and then connect all the end points of the axis to each other.

The next step is to rotate the octahedron on each one of the axis. This will turn the octahedron to a sphere. At this point, in order to bring our idea to life we will repeat the process of the embryo cell division. Keep in mind that the secret of creation is the one who separated itself from itself. Everything beyond this false reality is one, however this one separated itself into a multitude of beings, therefore creation always starts with division.  That is the reason the first chapter of genesis starts with the Hebrew letter "Beit" which equals 2.

So the next thing we will do is to divide the sphere into two spheres, in two dimensions it will be the Vesica Pisces, the two circles crossing each other in the middle, the symbol of the first day of creation and the symbol of light. The next step is to divide these two cells to four; place three spheres at the base and one at the top so that you will create a tetrahedron, the four-facets structure that symbolizes the four faces of God.

The next division (the third) will create the eight cells structure of the Egg of Life.

At this point there is a perfect balance of both masculine and feminine forces that is the point of balance. It is also connected to the structure of the Cube octahedron which contains all the five Platonic structures.

Every multi cell living creature starts to wear its own unique form. Now say the Hebrew word "Chai", alive, and know, feel and believe that your thoughts taken here are already formed in the higher planes of existence.


Merkaba meditation and the cosmic language

Here are some interested things that I've discovered. At one point when I came up to the end of the meditation I saw the Hebrew letters "Reish", "Sheen", "Beit" and "Yood". At first I didn't get it, but a short calculation brought up the number 512. The name Rashbi is the name of Rabi Shimeon Bar Yochai who is considered to be the author of the "Zohar". When I checked it out I've found a quote from an ancient kabalistic book from the 11th century which is called "The writings Of the Temples and The Merkaba".
It deals with the higher planes of existence and "The Seven Palaces" with the different guardian angels standing on each gate and so on. On the seventh palace the traveler will see the four Serafim with the four faces lion, bull, eagle and man. Then he will see 64 faces, 128 eyes and 256 wings before he will watch the throne of God.

If you will look and count the steps you've just made in the meditation from the four cells or the tetrahedron point you will see that it takes seven steps to go to 512!

The book goes on and says that if the traveler's soul is pure enough he will enter the seventh gate and stand before the throne. What I've discovered is that the meditation opened a path to a flow of knowledge that appears as a cosmic language, that can be found in symbols and "hints" in the everyday aspects of life. Two months later, I have created the Genesa Crystal pendant.

Merkaba from the biblical prophet

Now this whole theme describes the Vision of The Merkaba from the biblical prophet Yehezkel and the structure of the cube octahedron represents the "Ofanim", the wheels within wheels that create the Merkaba. 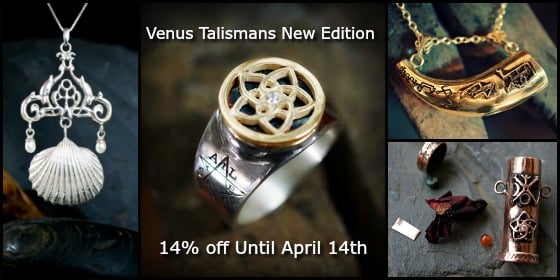