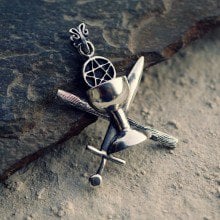 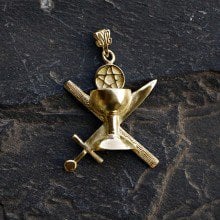 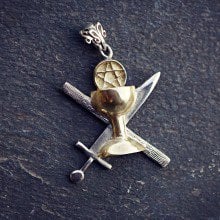 
The motifs in this pendant are the four elements that can be found in the Tarot cards’ Minor Arcana, the cups, the pentacles (the coins), the wands, and the swords. Each one of these has various classic meanings as follows:

The Wands/Clubs symbolize the fire element, the Artisans class/guild and it also symbolizes creativity and willpower.

The Pentacles/Coins represents the Earth element, The Merchants class/guild and it symbolizes our physical body and earthly possessions.

The Cups symbolize the water element and represent the Clergymen class along with love and emotions.

The Swords represent the air element, the nobility, and the military guild and it is also a symbol of reason.

Tarot cards first appeared in Italy during the 15th century. At first, these were playing cards, which many times were used for gambling, hence the coins, the wand, the sword, and the cups which were used by street magicians during the medieval period. Over time these cards were used for occult practices, divination and many esoteric symbols were added. 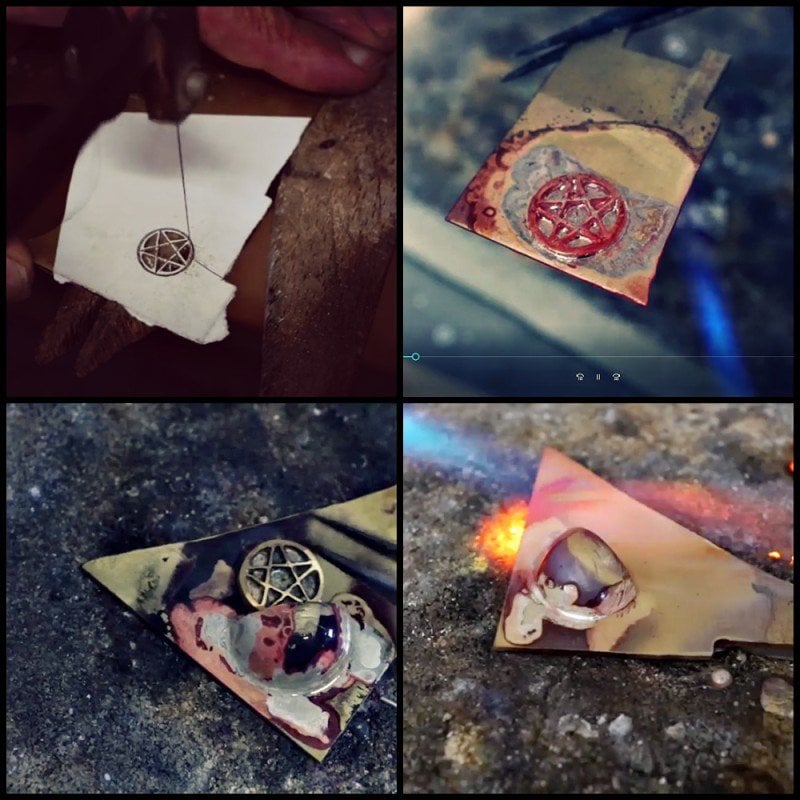 After the 17th century various symbolical, mystical allegorical, and cultural significance were attached to them, and in that way, one can find endless meaning and interpretations of his own destiny.

Famous occultists such as Antoine Court de Gebelin claimed that the Tarot originated from ancient Egypt and had Kabbalistic origins, while Eliphas Levi used only the kabbalistic symbolism while many others used the tarot as a symbol of one’s spiritual development and various stages in life. There are even some who use the tarot symbolism as a psychological and archetypal way to the human psyche, especially in Jungian 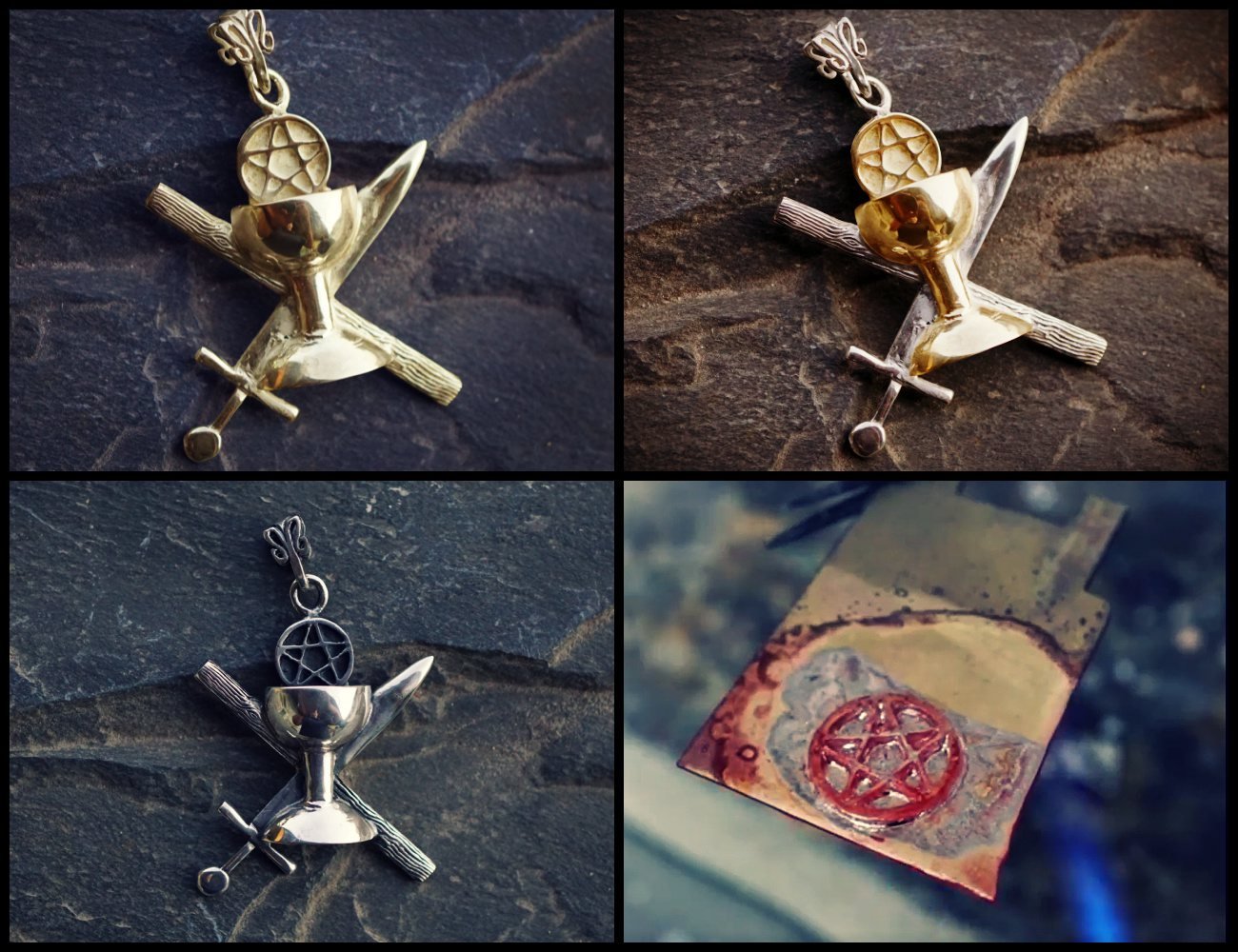