"The Breath becomes a stone; the stone, a plant; the plant, an animal; the animal, a man; the man, a spirit; and the spirit, a god."
A known Kabbala quote

The Kabbalah (also known as kabala, cabala) means in Hebrew "reception" in the meaning of "received tradition" and indeed the term historically referred to all Judaism's oral law such as the words of the ancient prophets from the bible. Over time, many of the teachings were recorded and put available to all. The esoteric teachings though, remained something that is past on from rabbi to student. This was because of the relative interpretive freedom taken by kabbalistic scholars, and the heresies they might lead to, and so the teachings of the Kabbalah remained something that is restricted to a selected few. In our days, even the esoteric teachings have been put to record but the name remained.

The Basic Concepts in the Kabbalah

In the basis of the Kabbalistic thought lays the Mekubal's (a Kabbalah mystic) will to mystically and consciously unite with god, narrowing the gap between him, and the material world he lives in, and the divine. The mekubal perceives the entire material reality and the phenomenons in it as god's revelations in our world. He espiers to reveal the godly being in everything and every form and by doing so, to rise spiritually, return his soul to her godly roots and to be one with god. The Kabbalah differentiates between god's hidden aspects which no creature can comprehend and god's revelations, usually referred to as the Ten Sephiroth (or "emanations") which are the ways in which god delegates his actions and through which he created the world.  The Sephiroth make up the structure known as the Tree of life. 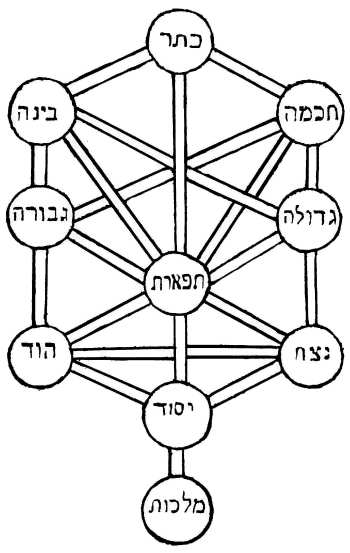 The Sephiroth are different and some are even in contrast to each other. It is common to divide them to three 'branches' being right, left and middle or, accordingly – grace, judgment and mercy. There is great tension in this system due to the opposite powers and the mekubal tries to create compromise and harmony, bringing every thing to the middle. Uniting the line of grace, the male, with the line of judgment, the female should bring positive influences and vitality to the world.

The Historical Development of the Kabbalah

Jewish mysticism has existed since biblical days and is said to begin with the secret god told Adam in the Garden of Eden. In the bible we can read many stories of miracles such as Jacob's dream of the ladder to heaven, Moses' burning bush, the parting of the red sea, the prophet Ezekiel's visions and many more. In spite of this, researchers tend to differ between the early esoteric teachings and the actual Kabbalah being the esoteric Jewish teachings dating back to late 12th century and early 13th century in the south of France and in northern Spain.

The Bahir Book (the Book of Brightness) appeared in the south of France in the year 1180 and is the first book of the Kabbalah. It is attributed to the scholars of the Mishnah and it contains ideas and sermons from the Hekhalot and the Merkaba literature. The Bahir also uses statements from Sefer Yetzirah (The book of creation) explaining the process of the creation led by god. It also speaks of the use of the Sacred Names in magic.  At the same period, independently, the esoteric teachings of the Ashkenaz Hasidim rose. Though there are many differences between those teachings and those of the mekubalim, we can see many similarities both in the use of early Jewish mysticism as reference, the idea of keeping the teachings a secret and the formation of small study groups.

The Kabbalah rapidly spread to other regions in Spain, mostly due to the spread of literature and the migration of scholars. One of them was Rabbi Yitzhak Saggi Nehor (said to have written the Bahir book) who moved to Gerona, forming a group of scholars that played a major role in developing the theories of the Kabbalah and its literature. The esoteric teachings of the Kabbalah were soon widely accepted and kabbalistic elements started appearing in Halacha and biblical interpretation texts.

The Book of Zohar

In 1280 appeared the first issues of the central book of the Kabbalah, the book of Zohar, believed to be written by Rabbi Simeon bar Yohai. The book of Zohar only gained its great effect after the trauma of the Alhambra Decree (deporting the Jews from Spain) having given an emphasis to the people's need for redemption. The Zohar became even more known and sacred in the 16th century after having been printed. This effect climaxed in the kabbalistic teachings in the city of Safed, that many of its new mystical ideas were inspired by the interpretations in the Zohar. The Zohar became the primary source for the esoteric teachings, standing aside the Bible and the Talmud, though it raised many objections that continue to our days. 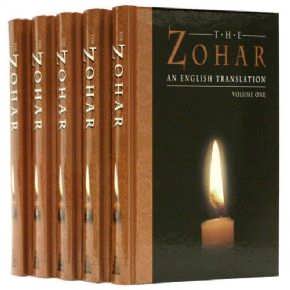 Safed as the center of Kabbalah

In 1530 Safed became the center of the Kabbalah, notably bringing its wisdom to the public rather than keeping it a secret. Many study groups and learning circles were formed, including amongst them common people as well as known mekubalim such as the RAMAK – Rabbi Moshe Cordevero. They used to study the Kabbalah, make amendments and fall on graves of the righteous thus achieving mystical experiences and witnessing divine revelations. The Ramak was one of the great Kabbalah mystics and he was described as having "a very intensive religious thought and a great power of explanation to be the leading systematical theologies of the Kabbalah". He was inherited by his student, Rabbi Isaac Luria (also known as "He-Ari" = the lion) though their interpretations of the Kabbalah were different. Though the Ramak's work was widely known and he himself was highly respected, The Ari and his teachings quickly took the lead in the esoteric teachings and the Kabbalah. This was probably because of the centrality of the concepts of exile and redemption in the Ari's system giving an answer to the people's needs after the deportation from Spain. The Ari's system continued spreading in Jewish communities in Europe and northern Africa inspiring as well new movements such as the Hasidut and the Shabtaut.

The Kabbalah in our days

As part of the rise in popularity of religion and mysticism, the Kabbalah gains new interest world wide, with Jews and non-Jews alike. Its followers can be found in different socio-economic groups and its influence has recently grown among celebrities, the most renowned example of which is the singer Madonna, adding the Hebrew name "Esther" to her own. The singer, as many others, is a student in of the Kabbalah Centre, now the biggest institution for Kabbalah teaching with over 50 branches world wide. 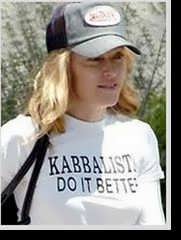 Most orthodox rabbis object the use of the Kabbalah by this institution and others a like, have claimed it superficial, populist and some have even banned it. Many of the Kabbalah researchers in the world have expressed a similar opinion stating that the Kabbalah centre teaches "new age" theories and not actual Kabbalah. "There is no connection between the new age practices and the kabbalistic ideas… If the Ari were to rise in the 21st century and see someone meditating, allegedly according to his ideas, he would have gotten a heart attack from the shock and died for the second time" says Dr. Boaz Hoss from the Ben-Gurion University in Israel.

You are welcome to view David Weitzman original Kabbalah jewelry