David Weitzman is more than a jewelry designer. He’s a man with a passion for helping people. His strong presence and ability to help those around him come from spending many years of his life studying sacred knowledge from around the world.

David finds himself inspired by the generous feedback from people experiencing enormous life changes through wearing his jewels. Since the release of the Merkaba pendant, Ka Gold Jewelry’s first design released in 1998 as a symbol of healing and protection, David has created dozens of jewels designed to inspire positive changes in people’s lives. 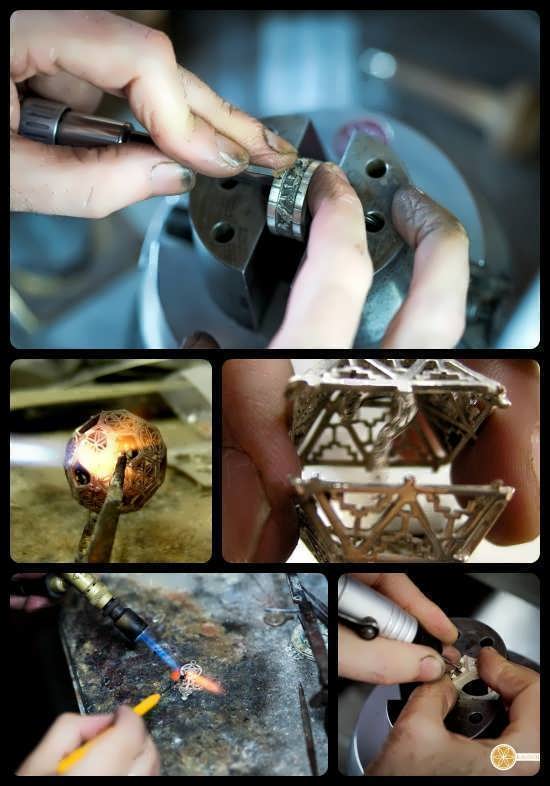 David prides himself on honesty, openness, and being a great truth-seeker. From an early age, David realized that his view of life and reality was quite different from that of the most people around him. He devoted his life to seeking the greater truths from the world’s religions and cultures by studying the fields of Kabbalah, Judaism, Buddhism, eastern spirituality and ancient wisdom.

That sacred knowledge is what David shares with you through his jewel designs. He understands that sacred geometry and spiritual symbols from around the world tie everything in life together. Certain symbols offer strength, healing, or other benefits and inspirations. When David achieves a new understanding of a symbol, he shares it with the world through his jewels to empower the wearer and share his knowledge and greater truths.

David’s work transcends cultural, religious, and even language barriers. He speaks in the language of sacred symbols, from around the world, and understood around the world. David’s jewels aim to unite people in a world that often seeks to divide them. People everywhere share values such as health, love, and a connection with something greater than themselves. David’s designs are meant to inspire the wearers to bring that fulfillment to their lives.

The sacred symbols found within David’s jewel designs are found extensively throughout nature, from plants to the cellular structure of humans and animals. David is able to express these symbols brilliantly through his own deep connection with nature.
David is an avid nature lover, with a passion for both plants and animals. His home is filled with cats and dogs, and his studio houses six large aquariums with many beautiful discus fish. He engages with nature on a daily basis, interacting with the world around him, where all things and creatures are subject to the same sacred geometrical laws you can find in his jewels.