That which is below is from that which is above, working the miracles of one
(Emerald tablet of Hermes)


Mobius Ring - the Ring with Only one Side!!

How to make your own Mobius Strip?

You can conduct this little experiment yourself:
To make a Mobius strip, take a paper page and cut it into a strip (24cm height, 4cm width for the sake of convenience). Now give one of the two ends half a twist and then reattach the two ends. This way you will create a Mobius strip. The Mobius ring has only one side. To see it clearly, take a pen and draw a line on the paper ring so that the end of the line reaches the beginning of that same line. You will end up drawing the line on the whole surface of the ring. 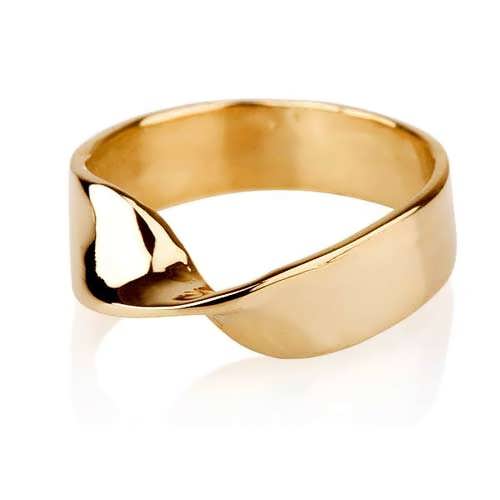 
There is no difference between the inside and the outside of the Mobius ring. This is a representation of the mysterious one, the creative force that exists in everything and is everything. Humans perceive reality in a dualistic manner of good and evil. The dualistic perception of reality does not recognize the one force behind existence. The Mobius ring is a beautiful reflection of this simplistic, yet hidden truth.

The next steps:
Cutting the Mobius Strip into Two!
Take scissors and cut the Mobius strip in the middle - instead of two rings, you will end up with one larger Mobius ring! This shows the elusive nature of duality. You see everything as separate from you but we are part of the whole.

Cutting the Mobius strip into Three!
Now, cut the strip about 1/3 from the width. You will end up with two rings, a big one, and a small one, one inside the other. It is a representation of the Macro the Micro and the connection between it. That is how even a grain of sand contains the entire pattern and blueprint of the cosmos and how each of us is the universe itself.

The Mobius strip has many usages in real life. Here are some examples:
Mobius strips have been used as conveyor belts to make them last longer (same amount of wear for both sides). Mobius strips are common in the manufacturing of a fabric computer printer and typewriter ribbons. A Mobius resistor is an electronic circuit element that cancels its own inductive reactance. In music theory, the space of all two-note chords, known as dyads, takes the shape of a Mobius strip.


Mobius strip and the Hebrew names of God

The Jewish tradition prohibits the pronunciation of the name of God. However, the names of the Creator (as they appear in the Hebrew old testament) are not names at all but only symbols which lead to truths. The first Hebrew name for God is "EL" which means "into" - a definition of direction without a particular goal (since the creator is everything and everywhere).

Taking the Hebrew word ELOHIM apart you get three words: "EL" (God in a male aspect), "ELA" (God in a female aspect) and "ELIM" meaning gods. Once again we have the holy trinity - male, female and plural.

Even the Hebrew name "Yehova" contains the words "haya" (was in Hebrew), "hove" (is now) and "yeeheeye" (will be) giving us the cycle of time...

When we realize who we truly are, the cosmic joke will reveal it self!