A brief explanation of the classical four elements

The four elements as a doctrine that explains the structure and the essence of matter and the world of phenomena were first explained in the fifth century BC by the preSocratic philosopher Empedocles. He called the four elements "roots". He claimed that these elements are indestructible and unchangeable and that the combinations between them create structural differences. According to Empedocles, there are two forces that control all matter. These two forces are love and strife. 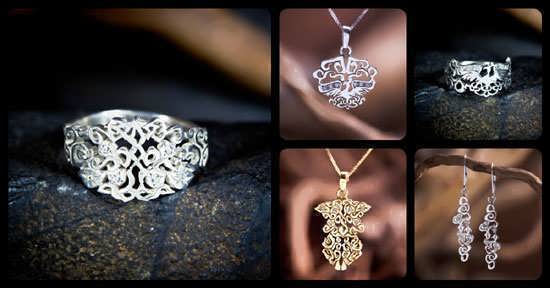 Love attracts the different forms of matter, while strife separates it. These two forces create variation and harmony in the universe, as attractive and repulsive forces. Similar to the Taoist Yin Yang concept, these two forces strengthen and weaken their position but neither force ever wholly disappears from the dominance of the other.

In the primeval order, these two forces and the elements co-existed in a condition of rest and purity in the perfect form of The Sphere. In this original state, the forces were dominated by Love while strife guarded the edges of the perfect sphere. Eventually, the force of strife rose into dominance and dissolved the harmonious state of the primeval matter thus creating the world of phenomena with it's light and dark forces and what we perceive as a dualistic reality. These ideas were probably the basis for the Jewish mysticism - The Kabbalah with the idea of the endless eternal light dwelling in a state of rest and inertness and the shattering of the sphere - Ha'klipa - Hebrew for "shell" creating the world of phenomena, light, and darkness, good and evil.


According to Empedocles, these forces dwell in every human, and as our souls gain knowledge through reincarnation we reach the eternal. The use of these ideas and recognizing our "own element is a powerful way of finding your way and your true nature. Hippocrates used the four elements to describe the four "humor" found in the body. He said that the temperaments and humor needed to be in balance with each other in order for a person to be well both mentally and physically.

The four elements and the fifth hidden element

Our forefathers referred to five elements, four that can be changed and experienced by the five senses and a fifth that represents space, a vast emptiness or a spirit that cannot be sensed by the four senses and cannot be changed. These perceptions were prominent in Ancient Greece, in India, Japan, and China. The Greek perception influenced the way European culture visualized things and the art of Alchemy during the Middle Ages.

Modern science does not accept the four elements idea but does agree that they correlate with the four states of matter solid (earth), liquid (water), gas (air), and plasma (fire).

The four elements and the Platonic Solids

It is interesting to see that the five fundamentals are analogous to the five platonic solids. The platonic solids are five shapes whose apexes meet to form a perfect sphere. The five forms and their combinations create all possible molecular structures and through them the reality in its entirety. 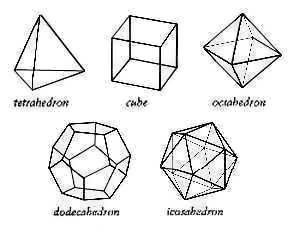 The four elements in Hinduism

According to Hinduism, all the elements were created from the "akasha" or vast emptiness. The human body is also formed from the five elements with each of our senses being tied to a specific element. Additionally, each of the elements represents one of the Chakras'.

The four elements in Buddhism

In Buddhism, the four elements are the key to all things and the understanding of suffering and how to end it. Earth represents solidity, water, a liquid, represents cohesion, air represents movement and vibration and fire, temperature. Analyzing events using the senses and understanding the way we feel and sense things, holds the key to freeing ourselves from suffering.

Finding the dominant element in your life

Which element represents you or which element you most need? To find out you can try the following test. The images you experience with your senses will show you the right answer.
All you need is a quiet place, a sheet of paper and a pen. Write down the names of the five senses (taste, smell, sight, sound, and touch) and leave a few lines between each of the senses.

Now, concentrate on the thing you want to test or the question that interests you. Close your eyes as if you were starting to meditate and wait for a few moments. Now, concentrate on the first sense that appears on your list - if the first sense is taste, try and sense a specific taste.  Wait until you feel it and immediately write down what you thought of. Move on to the next sense, wait until you really feel the sense and in this way, complete the list sense after sense.

The most important thing during the entire process is to avoid and attempt by our intellect to change our list. It is vital that you write down exactly what you thought of, even if it seems to be totally illogical. After completing the list, examine what you have written and the answer will be revealed to you symbolically.

In order to demonstrate to you, I'll share with you my experience the first time I tried the system:
My first experience was with a woman who, at that specific time, was concerned by a question relating to her life and I had to discover what the question was. I wrote down on a piece of paper the five senses. The sense of taste gave me of the taste of rice and reminded me of the dining room in a kibbutz. The sense of smell brought water vapor and the smell of soap and I felt as if someone was being washed close by. With the sense of sight I saw children playing and with the sense of sound, I heard them playing.

When I concentrated on the sense of touch, I felt a hand being rested on the shoulders of someone seated - as if they were trying to help. My conclusion regarding the woman's question was that she was, in some way, connected with some sort of therapy, apparently children, but the image of the hands on the shoulders pointed to the treatment of an adult. When I told her what I had experienced and what my conclusions were, she burst out crying and told me that she was a kindergarten teacher on a kibbutz but that her question was why had her husband had an accident that had left him crippled and in need of constant help.

"When there was darkness and the void was king and ruled the elements
When there was silence and the hush was almost deafening
Out of the emptiness, Salvation!
Rhythm and light and sound
It was the Rock & Roll creation
It was a terrible big bang
It was the ultimate mutation
Ying was searching for his yang
And he looked and he saw that it was good"
Spinal Tap
Rock & Roll Creation