The Yin Yang is an ancient Asian philosophical outlook that sees polar opposites or opposite powers as powers that complete and define each other. Opposite powers constitute a point of relationship and they complete and balance each other. Every power grows from the other, for example, light and dark or male and female. This philosophy appears also in Taoism that talks about these powers as dynamic powers between movement and rest, when one of the powers reaches the pinnacle of its strength, it changes into a different power. 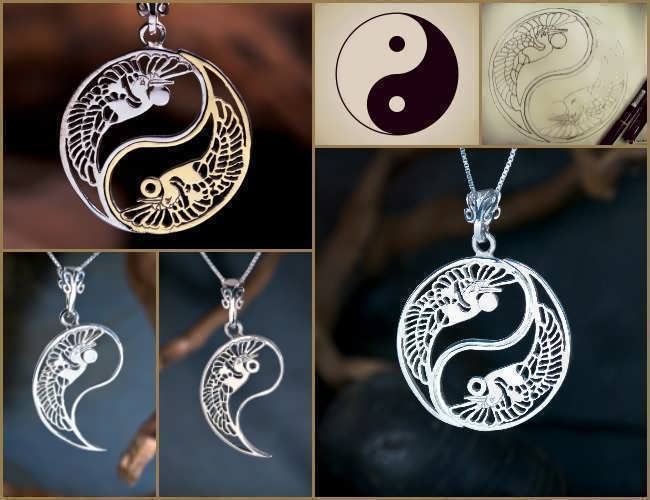 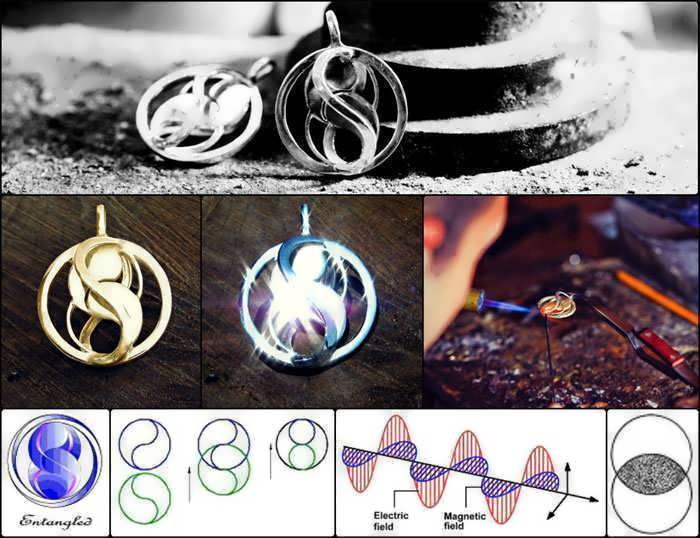 In Taoism, the Yin Yang is represented by the classical symbol that is called Tajitu.

The Yin is the black part with the white dot which is represented by the part with the crane with the empty circle. Yin represents softness, slowness, passive power, dispersing and cold. The Yin is a female power that is connected to water, earth, to the moon and night. In the whole pendant, which is made up of two different metals, it appears as the part made of silver.

The Yang is the white part with the black dot that is represented by the crane with the full circle. Yang represents hardness, solidity, speed, heat, concentration, active power and it is connected to fire, to water, to the sun and the day. In the whole pendant that is made up of two different metals, it appears as the part made of gold.


Finding Balance and Harmony with the Yin and Yang

It is interesting to see the both Yin and Yang contains a small dot of the opposite. This comes to symbolize the fact that they have some of that energy in their inherently and they can, under certain conditions become the opposite. When there is a balance between the two it means that each is equal in force. But there is another state where they blend and become one which forms a harmony. This can be represented by a swirling Yin Yang.

The same cosmic forces that are represented in the pendant act on us also on the personal level, on relationships and everyday life. The pendant has a few personal uses for inspiration and personal identification with the symbol. One can purchase the whole symbol as a representative of perfect balance. The second option is to purchase the Yin/Yang separately. In this state, they serve as a balance to the wearer of the jewel. For instance, an impetuous and aggressive man can use the Yin symbol as a relaxing symbol, whereas someone who is lacking assertiveness can wear the Yang symbol as a stimulating symbol that drives one to action.

The additional use is obviously for a couple, each one wears one of the parts as a symbol that completes the other. You can also engrave each of your initials on the back of the pendant.