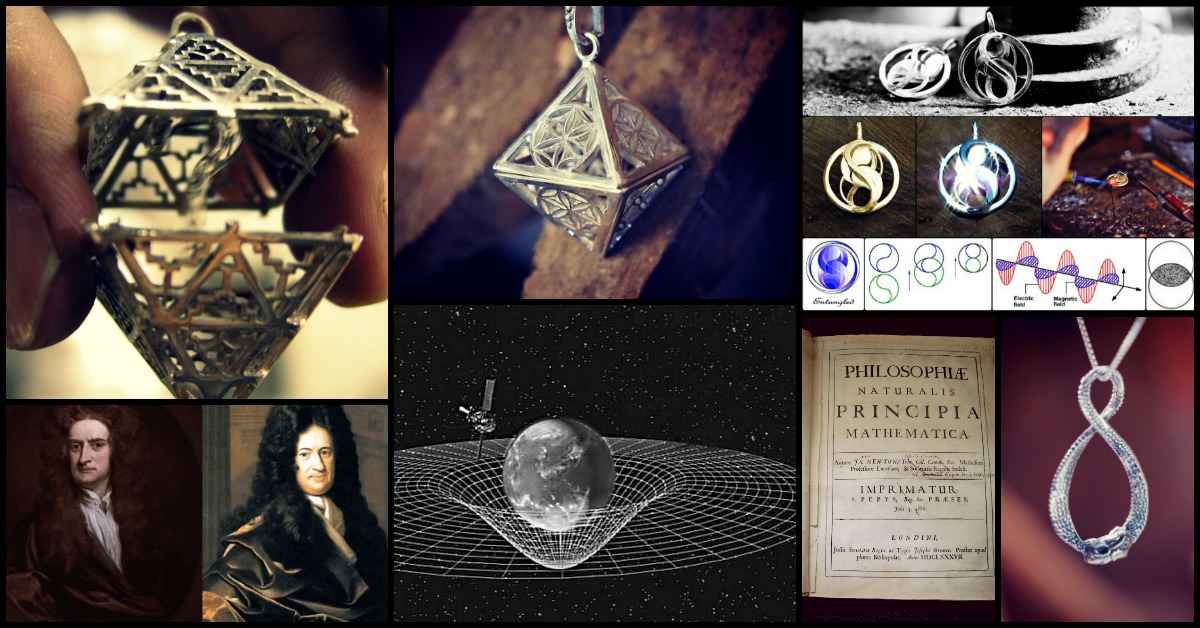 Note: Throughout the article, we will share related designs that are connected to the specific subject in discussion. You can learn more by clicking on the items and read their description.

Metaphysics is the study of that which cannot be deduced through objective contemplation or investigation of material reality. It is that branch of philosophy that attempts to define reality and how we understand it. Metaphysical studies try to explain the elements of reality that exist beyond what our senses can perceive or beyond the physical realm.

Metaphysical concepts often clash with modern sciences. They are considered unverifiable because they are not based on direct experiences with material reality. Claims that are metaphysical in nature are often controversial and therefore regarded with skepticism.

Anything and everything is situated above, beneath, beside, behind, in front or within anything and everything else. They have quantitative relationships with one another. All material bodies are defined by their length, breadth, and height. The state they are in and their order of existence form the structure of space. If this is so, is space real? Does “the” space cease to exist if there is nothing there?

All events or processes are characterized by their duration; by their sequence relative to one another; and their development or the changes that they undergo. Each event or process happens before, after or at the same time as any other event or process. The order of succession forms the structure of time. The passage of time is measured only by certain standards that we ourselves have set (seconds, minutes, hours, days, etc). Our own perception of time allows us to establish the duration and sequence of events. The passage of time seems either short or long depending on the way we perceive it because our perception is also subject to human sensations of joy, grief, excitement, fear, boredom, etc. For example, a physics enthusiastic would find a 60-minute talk about wormholes totally exciting and all too short, but a party boy would be bored to tears and find the same talk 59 minutes too long. Is time real, though? If time truly does pass, in what direction? How about if there are no events or processes taking place or no order of succession to observe? Does it mean there is also no passage of time? Does time cease to exist?

We will address two schools of thought here from the 16th century. The two distinguished individuals were Sir Isaac Newton (1642-1727) and Gottfried Wilhelm Leibniz(1646-1716).

Absolute Space and Absolute Time According to Newton

Sir Isaac Newton was one of the most influential scientists in the history of the world. He was an English physicist, mathematician, theologian, astronomer, and author. He was widely recognized as a natural philosopher. In 1687 he published his book Mathematical Principles of Natural Philosophy (Philosophiæ Naturalis Principia Mathematica) where he laid the foundations of classical mechanics. He formulated the Laws of Motion and the Laws of Universal Gravitation which became the dominant scientific viewpoints of his time until the advent of the Theory of Relativity.

According to Newton, absolute (true and mathematical) time is also called duration and flows regardless of external influences. While all motions may go slower or faster, the progress of absolute time does not change.

Absolute space by its own nature remains the same. It is immovable regardless of external influences. As the order of the parts of time is unchanging, so is the order of the parts of space. Everything is placed in time as to the order of their succession. In the same way, everything is placed in space as to the order of the situation. By nature, they are primary places, and any movement out of those places are absolute motions. The difficulty in understanding this lies in the fact that the parts of space are invisible to our eyes or indistinguishable by our human senses. Because of this, we use sensible measures. We define all places from their positions and distances with respect to anybody that is considered immovable.

Relative Space and Relative Time According to Leibniz

Gottfried Wilhelm Leibniz was one of the most distinguished polymaths of his time, an important mathematician, logician, and natural philosopher during the Age of Reason (Age of Enlightenment: 1685 – 1815). Leibniz famously opposed Newton’s views of absolute space and time. He wrote 5 letters to Samuel Clarke, British philosopher and theologian and well-known exponent of Newtonian physics, where he articulated his opposition to Newton’s concept of absolute space and time and illustrated an alternative view. In those letters, Leibniz stated that he holds space and time to be merely relative, not absolute. He considers space to be merely an order of coexisting phenomena and time to be merely an order of successive phenomena. Time and space are not real entities. They are mathematical concepts and virtual relationships.

Under certain conditions, one thing gives rise to something else (cause & effect). This is the very essence of causality. It is an active relationship, where the cause is an active and primary phenomenon in relation to the effect. It brings about something new. It turns something imagined into something real.

Causality takes place in time. This temporary relationship gives way to a never-ending series of causes and effects. The chain of causal connections can never be traced back to its beginning, nor does it have an end. It is never broken and extends well into infinity much like the universe itself.

Causality makes itself evident differently in nature, in society, and with human behavior. In nature, causality is evident only in one direction, from the past to the present and into the future. In human behavior and in society, everything is the effect not only of that which is present but also things or objects that are absent; not only of the past and present but of the future that serves as human motivation; and not only of what surrounds us but also those distant to us in time and space.

The Finite and the Infinite

Finite is easy. We can all understand what finite means. It’s that piece of cake we had for dessert – it’s gone, finished. It’s that weeklong vacation in glorious Santorini – it’s over and will exist only in our memories. It’s that hundred-year-old tree some land developer will cut down in the name of “progress” – soon to be destroyed, soon to be dead. Most anything we know about is finite and will end sometime.

How about the infinite? Can anybody ever truly grasp the meaning of infinity? It’s an abstract concept at the very least. It’s that unimaginable number raised to the billionth power. It’s that inconceivable spot in the universe many millions of light-years “to the left” of the earth’s moon. Having no limits, no boundaries, no end – that’s infinity.

How do we conceive of the infinite? We attempt to understand or imagine or gain some semblance of knowledge about the infinite through the finite. The finite constantly appears and disappears in an unending (infinite) process of change. This constant change beyond quantitative, qualitative, spatial and temporal limits is the infinite nature of the finite. Any object has limitless relations with any other objects thereby acquiring an equally limitless number of properties made possible in space and time.

Discussions of this nature are reserved for when we are contemplating our own placement in the vastness of space, our own fleeting appearance in the passage of time or in short, our very existence in this continuum we call spacetime. Or not. Many of us would possibly let the thought cross our minds, only to be dismissed as something better left to the great scientists and philosophers of our time.