The language of Hebrew is ancient and sacred. In fact, It was so sacred it was not spoken for day to day usage but only for prayers and holy work. Hebrew is a language that can be used to create a reality, and some believed to be the tool used by the Creator to create this universe. Hebrew has been around since biblical times. Some say it is the language of god and angels. The Tanakh is the Hebrew Bible which was written in biblical Hebrew. The Tanakh later developed into the Old Testament of the Christian Bible.

The Hebrew language is used extensively in David’s designs (the designs featured on Ka Gold Jewelry). In the next few paragraphs, we will bring some examples and designs along with the concept behind them.

Vesica Pisces Pendant
On this pendant engraved the words “Tohu VA Vohu” in Hebrew. The phrase “Tohu VA Vohu” appears in the first book of Genesis. The phrase translates to “darkness upon the void.” If you sound out Tohu Va Vohu, you will notice a repetition of sound – movement and then rest. When we start to examine what matter is made of, we get to molecules and then to atoms. Atoms are composed of particles moving around each other at high speed. When scientists searched for what these particles are made of, they found various wavelengths (frequencies). Another interesting fact is the letters of the words Tohu VA Vohu are Tav and Vah, and the difference between them is 12 which is the number of notes that form a scale. Tav makes the 13th number which is the greatest void between the different harmonies. 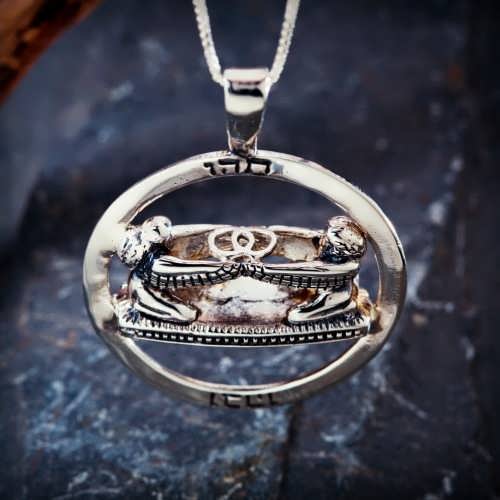 Shefa Pendant and Ring
The Hebrew word “Shefa” means the highest abundance. This word holds powerful kinetic energy and when combined with intent for the highest good and aligned with Divine will, can save the world. 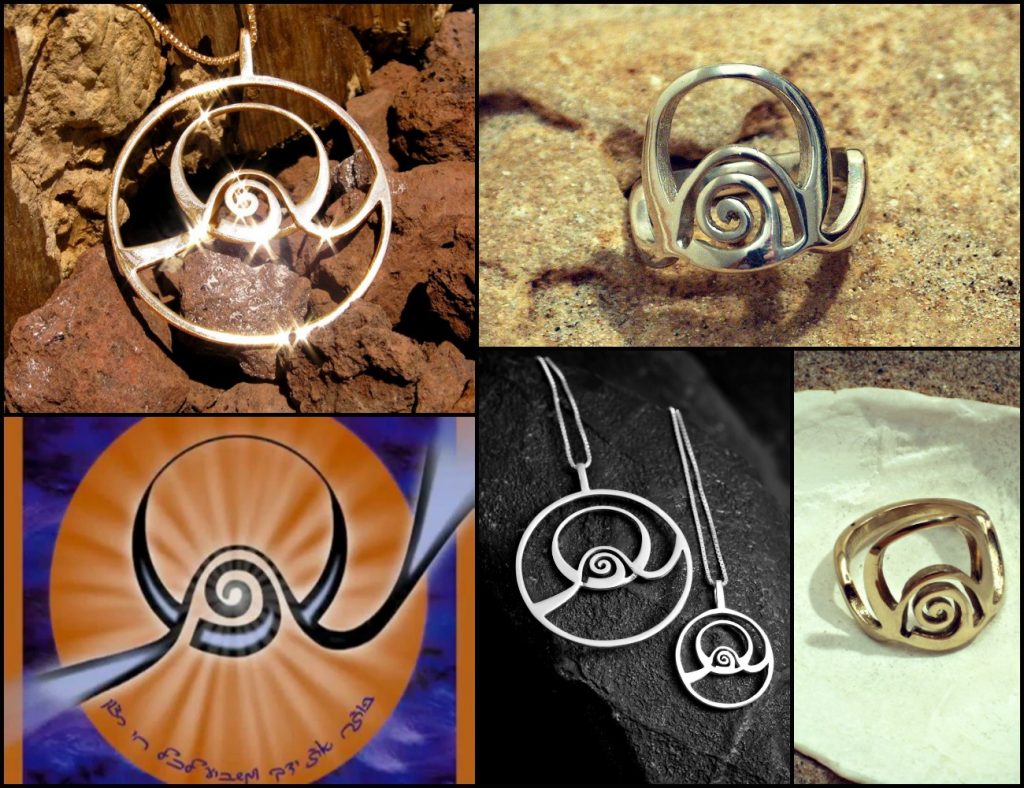 God’s Word Pendant
The word for Genesis is Beresheet. This can be divided into two parts – Berea Sheet – which means created six. This refers to the Creator’s creation from nothing. The Creator created the world in six directions which made the 3D space. The Hebrew letter PE means mouth through which we speak. The Creator speaks and creates this way. The Hebrew word “Vayomer” translates to “and God said.” This represents the holy spoken word of Genesis. The Hebrew letter “Bait” is found within the Hebrew letter “Pe.” “Beresheet” and “BRIAA” which means creation, both start with the letter “Beit” which has a numerical equivalent of 2. The process of creation began with the splitting of one cell into two. 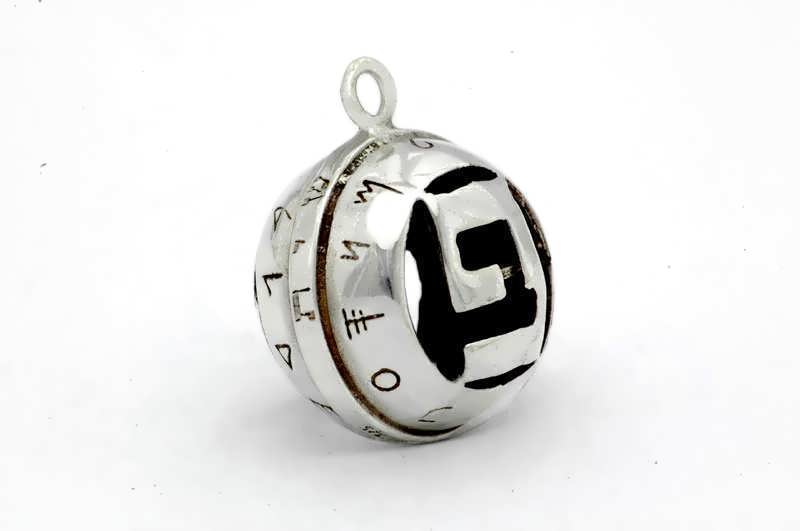 The God’s Word pendant contains the content for the creation of the universe based upon the Kabala and cosmic consciousness principals. The hollow bubble or sphere shape of the pendant represents the process used by the Creator to create the consciousness within all his living creatures. The universe was created from the endless void where there was “darkness on the face of the abyss.” The void is the Creator himself who has no form, definition, or body. The hollow sphere differentiates between inside and out. It is a point of comparison between the “self” and the rest.