A celebrated 20th-century visionary, inventor, entrepreneur and author, R. Buckminster Fuller continues to inspire and influence generations of scientists, architects, designers, and artists in their pursuit of a sustainable planet. Throughout his lifetime that was spent in the study of diverse fields such as education, engineering, geometry, architecture, and cartography, he was focused on bringing about a radical change in the global management of all available material and human resources for the betterment of humanity.


More for Less - The Geodesic Dome

'More for less' was the philosophy that guided Fuller's designs, the most famous among which is the Geodesic Dome. A light-weight, easy to assemble, very strong and cost-effective part-spherical structure created out of a network of icosahedrons, the dome does not use any intrusive supporting columns and encloses more volume than any other structure while using the minimum of construction materials. Fuller envisioned the structure as the perfect solution to human housing issues throughout the world. With energy and air allowed to circulate inside it without any obstruction, the dome proved to be highly energy-efficient. Its other key features were stability and strength that resulted from its 'Omni-triangulated' geometric dimensions. A triangle has the unique property of cascading distribution of whatever pressure is applied to any of its edges, and this is what makes it very stable and not so easily distorted.

The other significant creations of Fuller were the Dymaxion structures that were designed to yield the maximum efficiency possible from the available technology. Dymaxion was the name he gave to Cube Octahedron, a sacred geometry pattern that can hold the five platonic solids within itself. According to him, it showed the inter-relation of the platonic solids as phases of a mutual transformational process and was indicative of the referential pattern adopted by nature for conceptual relationships. In a spherical form, cube octahedron is called Genesa and is seen to reflect an embryonic living organism's cellular pattern. It is the coded matrix of all life force and is the powerful energy system that is present in all forms of development, growth, and change. Designed as four inter-woven circles, the Genesa Crystal is popularly used for bringing balance, symmetry, rhythm, and harmony in life which further leads to physical, mental, emotional and spiritual growth.

The innovative designs created by Fuller were greatly inspired by nature. Quite early in his life, he was struck by the amazing structural uniformity that is evident all around us in all existence, including flowers, seed pods, snowflakes, etc. His innate understanding of nature led him to develop the concept of Synergetics. It is a study of Cosmic or spatial complexity to recognize, understand and appreciate the mathematical structural strategies inherent in nature. Fuller introduced a method of holistic thinking that involves geometric modeling and uses experience and thought-process for exploring inter-relationships. He explored the principles of design (that intellects refer to as Sacred Geometry) used by nature for creation and coordination of the Universe at physical as well as metaphysical levels. He, then, strived to apply these principles in different human endeavors to solve the diverse problems faced by humanity. His concept of synergetic geometry embraces every aspect of being, every quality of experience and encourages a new approach to solving problems

Even after his death, R. Buckminster Fuller continues to garner respect and appreciation for his imaginative and revolutionary ideas for using technology for improving human lives. In 1996, scientists Harold Kroto, Richard Smalley, and Robert Curl were awarded the Noble Prize in chemistry for their discovery of a spherical carbon molecule, C60. This extremely stable and symmetrical molecule was observed to resemble the geodesic dome. Therefore, as a mark of respect to the great architect, it was named Buckminsterfullerene (also called buckyball). 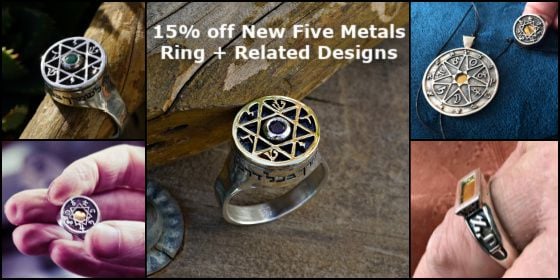