An exalted placement means that the essential nature of a planet is strongly heightened in all its respects, with the addition of modifying factors that do not exist in its signs of rulership. Venus exaltation in Pisces is special because the Pisces energy is modifying Venus's qualities while emphasizing her spiritual aspects of love, beauty, and harmony. It creates an ideal perception of unconditional love and gentle, even cosmic, compassion. 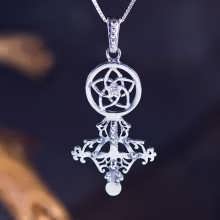 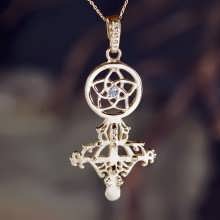 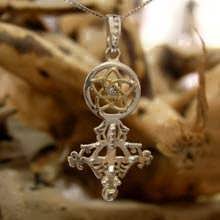 In Pisces, Venus is not bound to material needs and satisfaction; it is much more interested in the harmonization and unification of spirits. It brings out a higher love and receptivity, a real authentic connection. 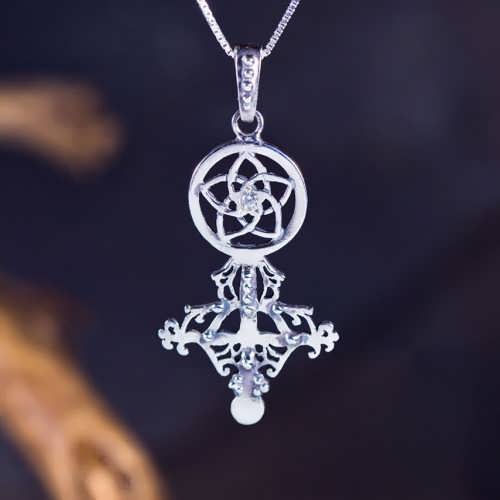 Venus in Pisces Exaltation from "Esoteric Astrology" book:
"Esoterically, the reason that Venus is exalted in Pisces is connected with the relation of Pisces to the sign Gemini, of which Venus is the esoteric ruler, and also in relation to the fact that Venus is the Earth's alter ego and is closely related to the human kingdom. This subject is too vast and complicated to be elaborated here, but the point should be remembered. The Fishes in Pisces are bound together, as we have seen, and this is a symbol of the captivity of the soul in form, prior to the experience upon the Fixed Cross. The Twins in Gemini are symbols of the same basic duality, but the experience of the many changing incarnations has done its work, and the Band (uniting the two fishes) is in process of dissolution, for part of the work of Pluto is to 'cut the thread which binds the two opposing lives together'. It is the task of Venus to 'reunite the severed lives but with no binding thread'. Therefore, Venus is exalted in Pisces and at the end of the greater cycle, the Sons of God who are the Sons of Mind are raised up into glory through experience and crucifixion because they have learned to love and truly reason."
(Esoteric Astrology 129-130)


Video of David making of the jewel back in 2012

The talisman will help to attract those higher 'exalted' qualities of love, and partnership, but also higher intuition, Higher sensitivity to beauty, and creative inspiration. It is a true symbol of divine and absolute love beyond its physical boundaries; therefore it radiates the state of love not only in connection to a relationship but also to nature and the universe.

Symbols in the Venus in Pisces Talismans

The talisman itself contains the astrological sign of Venus. The Pentagon pattern in the upper circle is actually the celestial beautiful and magical pattern that she creates on her 584-day journey when she passes between the earth and the sun on her path around the sun. At this moment, she creates a fifth of the wheel of the celestial zodiac and forms a pentagram of closeness. This pattern forms a Fibonacci series. The times of the cycles of Venus and Earth create a Golden Relationship that is known as the relationship that describes beauty and harmony in nature. The cyclical relationship between the Earth and Venus shows something of the quality that was always associated with that which Venus represents in astrology.

The stone at the center of the pattern is a diamond which is the stone that represents Venus. 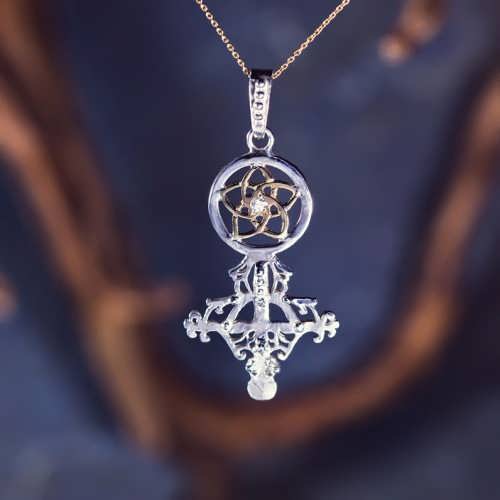