Spiral
This spiral motif can be widely seen in Korean traditional arts and crafts. I wanted to bring traditional design to modern jewelry.

planet of crossing
It is an ancient symbol of the Planet of crossing, Nibiru. Ancient Sumer and ancient Mesopotamia, and surrounding peoples honored this symbol. It represents the planet of the Anunnaki which visited earth many many years ago and have promised to return. Their visit left many megalithic structures imposable to make today. So the symbol is a positive symbol I think.

Ahau
The 'Ahau' is a Mayan calendar symbol meaning the sun, which to the Maya represented the light of all life. Therefore, it was extremely important. The Maya considered the 'ahau' the most sacred of all days and called it the 'Day of Ancestors'.

The Heart Chakra
The heart chakra is represented by a circular flower with twelve petals. Within this flower is a \'yantra\' of two intersecting triangles forming a hexagon, which symbolizes the union of male and female.

The Conch
In Hinduism, the conch is an attribute of the god Vishnu. The conch shell is thought to have been the original horn. The right-turning conch shell is symbolic of the deep, melodious sound of the Buddhadharma, which awakens one from the deep sleep of ignorance and urges one to do good for oneself and for others.

HEAVEN ON EARTH
HEAVEN ON EARTH The Pattern of the Sanctuary Key words: Heavenly City, devine pattern, 12 gemstones and 12 fruits of the Tree of Life The plan of Magnesia, Plato`s ideal community decribed in the Laws was based on his first principle that “no state can find happiness unless the artist drawing uses a divine pattern” The pattern he used was the central feature of the traditional Heavenly City diagram, the circle of Earth within a square. The width of both square and circle in the cosmological model is 7920 miles and in the Holy City or sanctuary model 7920 ft. The heavenly Jerusalem – 12 gemstones and the 12 fruits of the tree of life –and the leaves of the tree were for the healing of the nations. Revelation 21-22

God Gemetrizes
Name : God Geometrizes Material: Silver or gold, and onix - the black squares, with silver or gold highlights Dimentions: - diameter - 5 cm, - radius - 2.5 cm - thickness - of layer band - 0.3 cm, - of the pendant - 1.2 cm - band width - 0.5cm - center diameter, 2 cm, radius - 1 cm Type: secret compartment inside Decorations: bands - greek alphabeth - the letters can be either black or embossed middle - Pitagoras theorem / 47 th proposition of Euclid - also embossed with silver or gold highlights System : concentric bands, that move allowing the bearer to rotate them in such way to unlock the bands and open each layer of one band by matching exact opening spot to take it out from the quadrant. The middle blocks all 3 bands in place and can be locked by turing it from the 1st position ( Pitahoras Theorem) to the 2nd position ( 47th proposition of Euclid ) Also the bands give you clues by ahveing cartuches limited by letter pi in the greek alphabeth and by the numbers of Pitagoras theorem ( 3,4,5 ) To open the pendant you need to align, O from god, a from alpha second band, and the a from alpha third band, at the top forming a straight light on the circle diameter 1st band - outher band has 16 characters / divisions - pi/g/o/d/pi/g/e/o/m/e/t/r/i/z/e/s/ - p/g/o/d/p/g/e/o/m/e/t/r/i/z/e/s 2nd band - middle one - 19 characters / divisions - pi/ a/b/g/pi/d/e/z/h/pi/p/i/t/a/g/o/r/a/s - p/a/b/g/p/d/e/z/h/p/p/i/t/s/g/o/r/a/s 3rd band - smalest one - 23 characters divisions - pi/i/k/l/m/n/pi/ks/o/r/s/t/u/pi/ e/u/k/l/e/i/d/h/s - p/i/k/l/m/n/p/ξ/s/r/s/t/u/p/e/u/k/l/e/i/d/h/s

Squaring the Circle
Squaring the Circle is a geometric exercise of taking a circle (in this case, the largest one) and creating a square with the same area using only a compass and a straightedge. This process can only be approximated, as such, "squaring the circle is sometimes used as a metaphor for trying to do the impossible" (Wikipedia) The proportion of the smallest circle to the medium one is equal to the ratio of the size of the moon to the Earth (3:11 or about 27.3%).  Coincidently, 27.3 is also the number of days it takes for the moon to orbit the Earth, and is a proportion found elsewhere in the movement of heavenly bodies. The suggestion of a yin yang symbol originating from the 'moon' is a representation the moon's influence on the tides of the Earth, the calm and the storm - a reminder of the cosmic influences that created life on Earth and provide for our continued existence.

eye of the strive
This symbol I invented by myself. The inspiration from the strive of my mind. Offered through the eye icon.Hexagonal frame outside help the eyes focus to the center.

Earth Astronomy
Our Sun and Moon have the greatest influence on our planet. The stars have the greatest influence on the creativity of the inhabitants on our planet. All through history mankind looked up to the stars and even created monuments inspired to honor certain star clusters. This pendant/talisman brings it together for the total picture, as we are one with our universe.

Ananta
Ananta means eternal. Just as the word conveys, the design too can give a sense of eternal possession. The beauty of wearing a piece of jewelry made from this design is that it allows positive energy to flow in and out of your body. It also balances the chakras, Sahasara - Crown, Anahata – Heart, and Muldhara – Root, of your body. The meditation can be done in both ways i.e. from top (crown chakra) to root (Muldhara) and vice versa, by focusing on the chakras and imagining that the mind is getting clearer until you start feeling the energy flowing in your body. Most people believe that meditation is one powerful source to connect to the supreme power i.e. The Almighty. The jewelry design- Ananta - consists of three precious stones: Amethyst (a purple stone) that represents the purple aura of the Crown (Sahasara); Emerald (a green stone) that represents the heart (Anahata) and Ruby (a red stone) that represents the Root (Muldhara). Adding a piece of jewelry made from this design to your collection can make you feel rejuvenated.

Prajwala
Prajwala means flame representing the rays of the Sun. According to Hindu Mythology, the Sun is considered as the symbol of Divinity. It is one of the most worshipped Hindu Gods. In India, people greet the first light of the sun in the morning with folded hands (a gesture called Namaskaar in Hindi) to ignite the aura of confidence and positive force in them. The flame represents the journey from darkness to light. Clouds often obscure our thoughts and feelings. Only sunrays can penetrate such obscurities and bring on beams of hope and peace to mankind. Moreover, raindrops caught in sunrays shine in a divine aura, creating rainbows to further cement feelings of hope and inspiration. The jewelry design - Prajwala can make a woman feel as if she is a celestial form embodiment of the eternal light, which gives her the power, confidence and a progressive approach towards her life.

ETERNAL CREATION
„ETERNAL CREATION“ ring or pendant key words: INSPIRATION – NEW ERA – UNLIMITED POTENTIAL We are at the threshold of a new era with unlimited potential we carry within This is a design for Inspiration as we expand our consciousness to play the game in a completely new way. The design points to musical harmonies as well as a big amount of symbols of Sacred Geometry used in arts by different cultures as this diagram divides itself into an infinity of sections. This is a symbol for Creation –that comes into being – expressed in our human experience. 6.4.2013 Ernestine Kuehnl

Hypercube
A variant of the Fruit of Life

DISCO SOLAR DE SIRIO
Syrian Solar Disk active light our genetics we carry in heart chakra .. Also has a charm in its center and is surrounded by Merkaba energy .. that is the only energy that activates our DNA..

Finding direction
This is a bind rune created for those who are wanting a more spiritual direction in their career. It combines Eihwaz, which signifies finding a direction and connection with higher realms, with Fehu ("mobile wealth", which includes one's job or career) and Perthro (revealing that which is hidden). 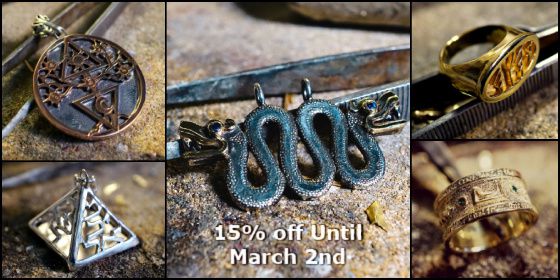